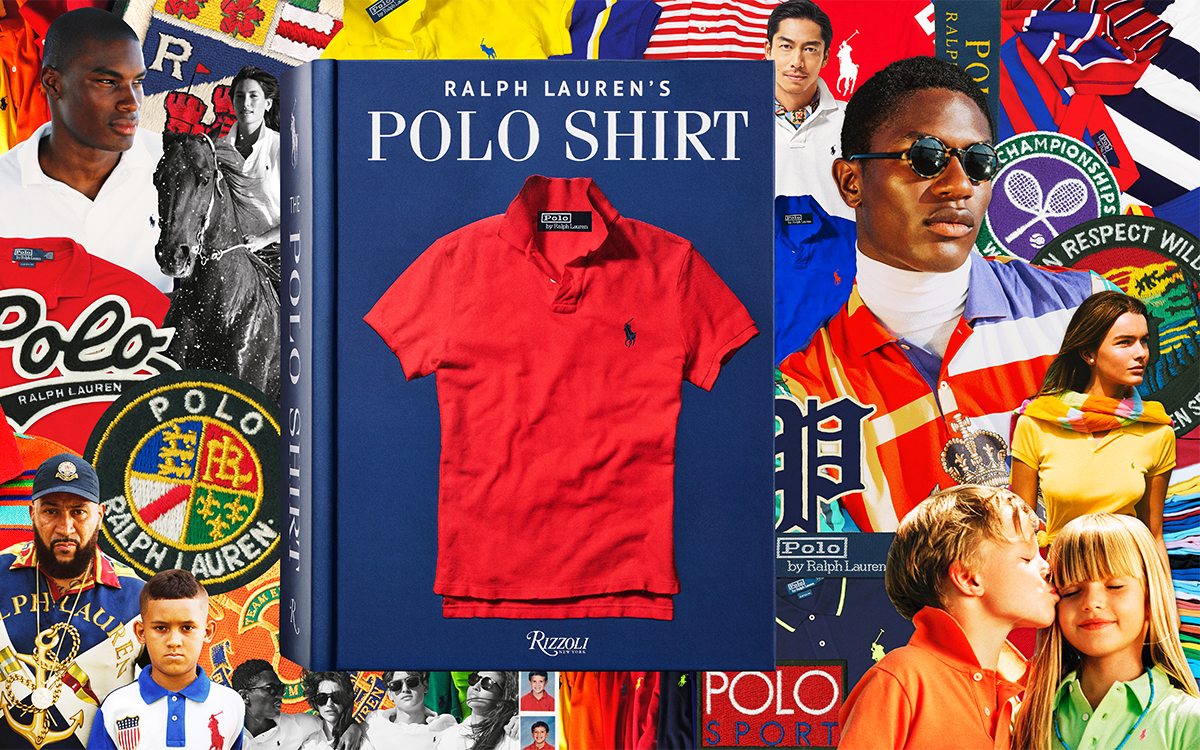 The company announces the celebration of its most iconic product – the Polo Shirt – alongside Ralph Lauren’s Polo Shirt, a new coffee table book published by Rizzoli International. This quintessential, singular piece of clothing is ubiquitous and has served as the canvas for the lifestyles and worlds that have inspired Ralph Lauren since 1972. The 360-degree marketing campaign to accompany the book launch will reflect on the incredible cultural impact that the Polo Shirt has had over the past five decades and reintroduce it to a new generation of consumers through a series of initiatives and installations, a collection of sustainable, creative and customizable Polo Shirts available for purchase, immersive storytelling and more.

At the centerpiece of the campaign, Rizzoli International will publish Ralph Lauren’s Polo Shirt ($400 HK), which is a fascinating look back at the history of the enduring wardrobe classic. With beautiful photography, an introduction by Ralph Lauren, and an afterword by David Lauren, the book shines the spotlight on the shirt, itself. Embodying a chic casualness that is uniquely American, the Polo shirt is a cultural symbol, worn by everyone from movie stars and presidents to athletes and artists. As stated within the first chapter, “The Polo shirt is to Ralph Lauren what Mickey Mouse is to Disney or the Empire State Building is to New York City.” Whether worn with the collar popped up, open and untucked, or dressed up under a suit jacket, the Polo embodies the optimism of American style. For over five decades, the Polo shirt has journeyed everywhere, creating memories for all who have made it part of their lives. It became not only a canvas for Lauren’s artistry, but a backdrop and inspiration for many dreams, hopes, and ambitions for people all over the world.

As Ralph Lauren, Executive Chairman and Chief Creative Officer of Ralph Lauren Corporation, states in the introduction, “I wanted the shirt to become part of the life of the person who wore it. I never knew that after fifty years it would become such a personal icon all over the world. What I do has always come from the way people live. It’s honest and from the heart and hopefully that is what touches the diversity of people who wear my Polo and all my clothes.”

This 544-page compendium celebrates and documents the iconic style and influential impact of the Polo Shirt, which has never been defined by the latest trend. A juxtaposition of modernity and heritage, tradition and individuality, refinement and ease, it always endures and continues to evolve in innovative and sustainable ways. As seen through historic imagery and told through the personal stories of celebrities, politicians and presidents, royals, world class athletes, as well as everyday people, the book showcases various individuals who have made the Polo their own and inspired others to follow suit along the way. From the classic white to the weathered Polo, from the Earth Polo to the US Olympics, the US Open, and Wimbledon Championship collaborations, this unique volume celebrates the full spectrum of the Polo, making it a collector’s dream.

American Filmmaker Ken Burns  sums it  up  best  in  his  foreword, “When you wear a Polo shirt you’re instantly engaged in a profound irony between being unique, but also—because so many others in the world wear it—belonging.”

Ralph Lauren aspires to use responsibly sourced and sustainable materials that prolong product life while requiring less from the planet. In line with those sustainability goals and initiatives and in connection with the launch of the brand’s latest book Ralph Lauren’s Polo Shirt, there are expanded offerings of the classic Polo Shirt available. As part of the Company’s goal to offer more circular experiences for consumers, a limited number of select vintage and collectible designs, seen within the pages of Ralph Lauren’s Polo Shirt, are made available for purchase in the Ocean Terminal store. Sourced from the brand’s exclusive archival collection, each piece was carefully examined by Ralph Lauren experts to verify their authenticity.  The Create Your Own (CYO) Customization program gives customers the ability to personalize select Ralph Lauren purchases, while interactive monitors house the store’s choices of solid colored blanks with the options of printing graphics or embroidering patches on the blanks. Fashion & Beauty
Hands and Faces — Fashion and Luxury Watches to Look For
05 Oct, 2020